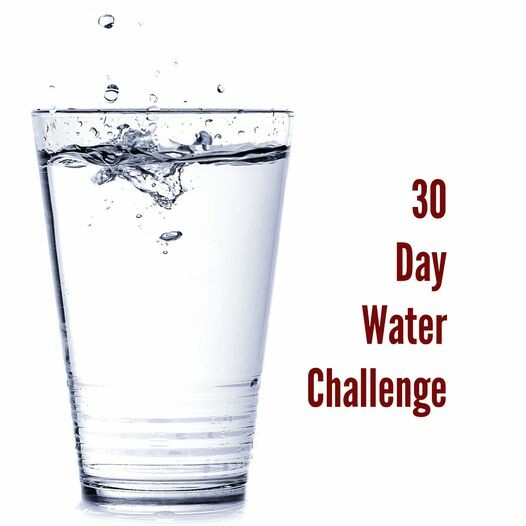 To understand the importance of drinking enough water, let's look at some statistics. (I know...yawn.)

Here are the nine reasons to drink more water:

What are the risks of inadequate water (dehydration)?

So... are you drinking enough water?

How much is enough? The experts can't seem to agree, but 2 thoughts are mentioned many times in the research:

Take a good, honest look at your water intake. Are you dehydrated? Have headaches, constipation, brain fog, or any of the other things in the list above?

Do you need help getting in the habit of drinking adequate water? Need an accountability partner to stay on track? Want some tips and strategies that will help you be successful? 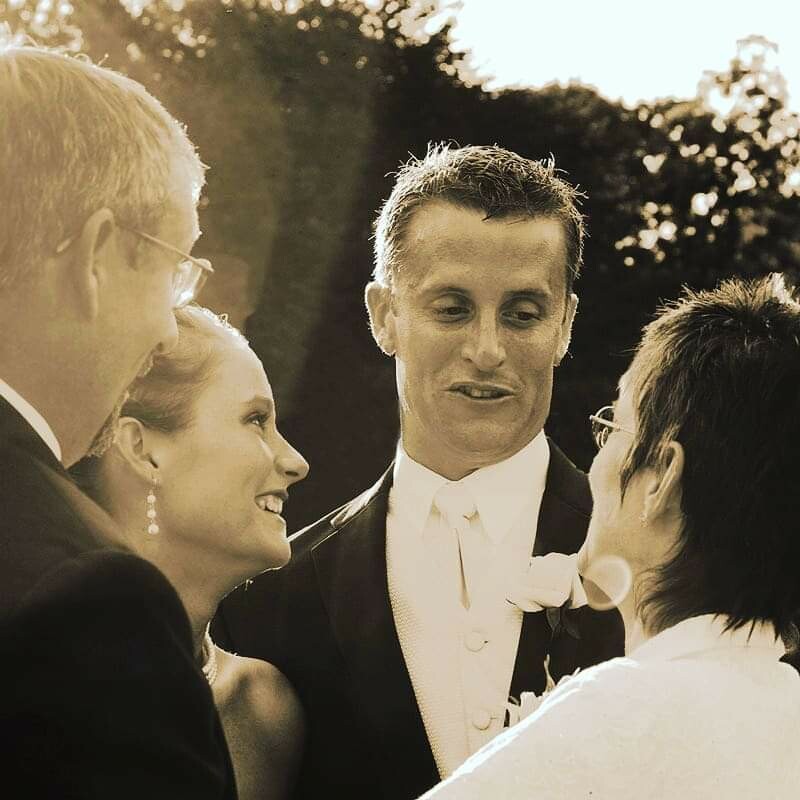 This is my daughter on her wedding day, but this post isn't about her. Well, almost not about her.
.
You see, she used to LOVE candles! Those luscious scents of apple pie, cinnamon vanilla, etc., were so enticing. She had a candle or plugin in every room of her apartment.
Then she learned better. Those scents come with a hefty price... to our health!

Though they seem safe, regular scented candles are a huge source of indoor air pollution and they put off chemicals that are considered just as dangerous as second-hand smoke.
Paraffin is a petroleum waste product and has to be deodorized and chemically bleached before it can be made in to wax. Most candles are made of paraffin wax, which creates highly toxic benzene and toluene when burned (both are known carcinogens).
In fact, the toxins released from paraffin candles are the same as those found in diesel fuel fumes.
The American Lung Association issued a warning in 2005 that paraffin candles can emit a dizzying array of known carcinogens, including acetaldehyde, formaldehyde, acetone, benzene, 2-butanone, carbon disulfide, carbon tetrachloride, creosol, chlorobenzene carbon monoxide, cyclopentene, ethylbenzene, phenol, styrene tetrachloroethene, toluene, and xylene.

On top of that, many scented candles also have wicks that contain heavy metals like lead, and even a few hours of burning them can create levels of airborne heavy metals that are much higher than the acceptable limits.
In the US, candle wicks are supposed to be made of cotton or paper, but studies have found that as much as 30% of candles contain heavy metals in the wicks.

What’s even scarier, manufacturers are allowed to legally hide their “trade secret” synthetic fragrance concoctions, many of which contain phthalates—known endocrine/hormone disruptors (EDCs).
The World Health Organization recently called EDCs a global threat to FERTILITY! And do you know how many toxic products sold to you on store shelves have EDC’s in them?!?!? A LOT! It doesn’t just stop at candles, y’all.

Here's a simple solution... THROW YOUR CANDLES IN THE TRASH 🗑 click the Oils tab at the top and get a diffuser and some Essential Oils. I'll help you get started.
You might be interested in reading this:
Products To Avoid 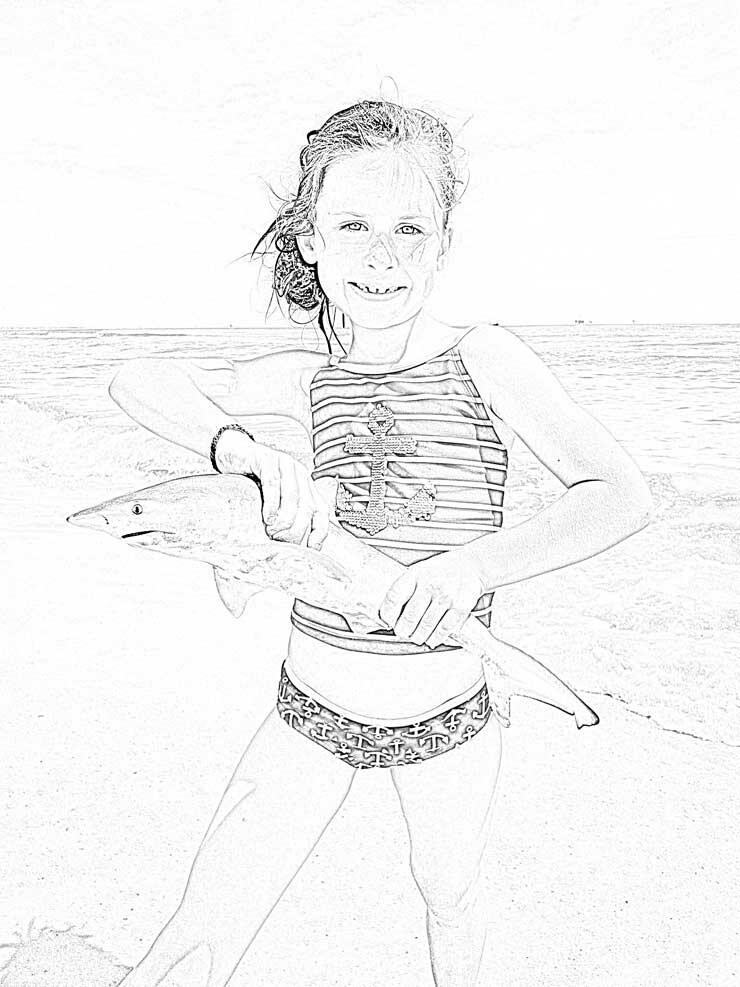 Maggie, my 8 year old granddaughter, is wise beyond her years! (That's her holding a baby shark!) Her teacher recently gave her class an assignment: write about a favorite hobby. (Can I just say how much I appreciate teachers that incorporate writing in their practice?!) Part of what she wrote was this:
I like to write. I like to write because it calms my brain down when I am sad mad or even when I am frustrated.
Isn't that fabulous!
Scientific data confirms what she says is true.  It's been found that within the first few seconds of experiencing a negative emotion, people automatically tense the muscles in their jaw and around the eyes and mouth. And with repeated stress, over time stressed out people have shorter and shorter neck and shoulder muscles. If you want an interesting rabbit hole to go down, ask Ms. Google to tell you about how emotions can make us sick! We actually change our bodies by our emotions! Woah! That is reason enough to pull out a pencil and start writing, because like Maggie says, writing DOES make our days better.
But...
If you're new to journaling, you may be intimidated by a blank journal page. It's a common stumbling block, especially if you incorporate art into journaling. Thankfully, if we just get still and commune with God, He will guide us.
Today, while thinking about how wonderfully we have been created in God's own image, I thought about fingerprints. Of all the millions and millions of people on Earth, each fingerprint is unique and different.
And just like that, I knew what to put in my journal! I would start with a modified thumbprint and use it as the guideline for one of my favorite chapters in Psalms, Chapter 101. It contains a verse that I use as an affirmation before going online: I will set no wicked thing before mine eyes.

Affirmations help to set the intention we want and need. Stating them as a positive makes them more powerful. But as we're trying to purge our minds of wicked things, we can't just purge without replacing. No one want a vacuous mind! It would be fertile ground for the devil to plant wickedness. So if we fill our minds with is scripture, we root out Satan: Thy word have I hid in my heart that I might not sin against thee. Psalm 119:11
Here's the whole text of Psalm 101 in case you're encouraged to try the technique I shared in the video above.
1 . I will sing of mercy and judgment: unto thee, O Lord, will I sing.
2. I will behave myself wisely in a perfect way. O when wilt thou come unto me? I will walk within my house with a perfect heart.
3. I will set no wicked thing before mine eyes: I hate the work of them that turn aside; it shall not cleave to me.
4. A froward heart shall depart from me: I will not know a wicked person.
5. Whoso privily slandereth his neighbour, him will I cut off: him that hath an high look and a proud heart will not I suffer.
6. Mine eyes shall be upon the faithful of the land, that they may dwell with me: he that walketh in a perfect way, he shall serve me.
7. He that worketh deceit shall not dwell within my house: he that telleth lies shall not tarry in my sight.
8. I will early destroy all the wicked of the land; that I may cut off all wicked doers from the city of the Lord.
I pray this blesses you. For more Live Well - Be Well content, join our private Facebook community.
Join Us 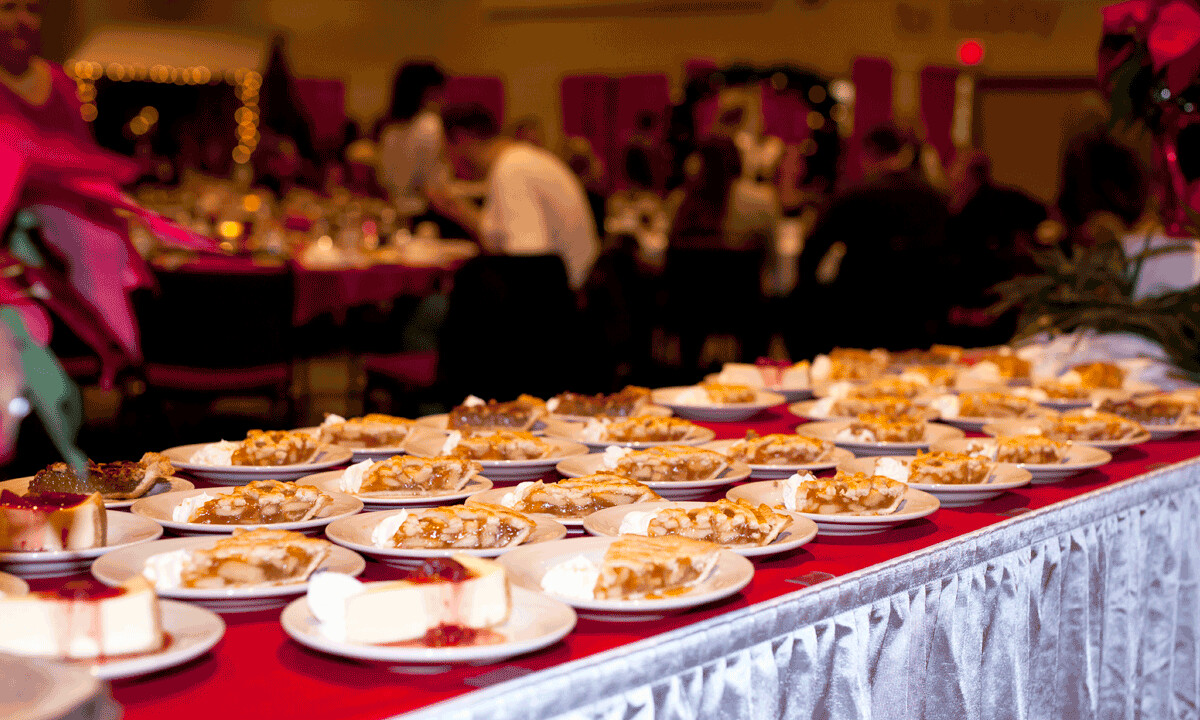 Have you ever been to an important gathering, took photos hoping to document what happened with beautiful photographs, only to discover later that your pics just don't tell the story?

That's a real disappointment most of us have experienced whether we used a phone camera or a “real” camera.

Back in film camera days, getting the shot right in the camera was vital! Unless we had access to a darkroom and processed the film personally, we got what we got and that was that!

Today it is much easier since, to a point, we can see in real time what the images are. So this isn't about settings or technical camera stuff; this is about how to be sure you capture images that tell the story you want to remember. Following is a list of things to do and not do:

What Are the Dangers of Synthetic Fragrance? 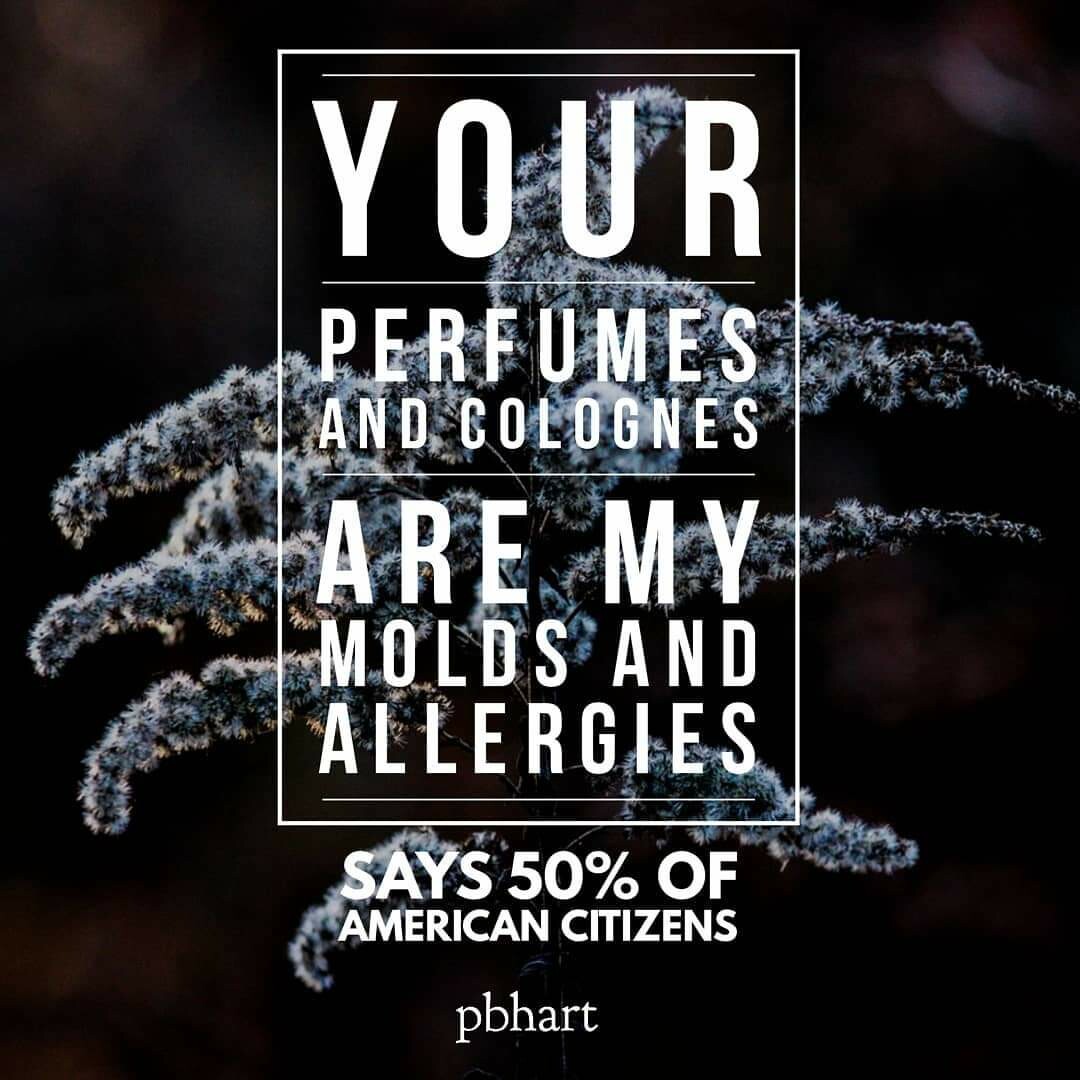 My family has a curse: asthma and respiratory problems. My baby sister died at age 28 during an asthma episode. Our mother spent at least a week in the hospital every fall when I was very young. Aunts, cousins, and even extended family members struggle to breathe at least part of every year.

Consequently, we have chosen to avoid products with “fragrance” as much as possible. Oh. My. Goodness!!! That is SO hard! It's everywhere and in everything. Walking down the laundry products aisle at the grocery store can send us into a wheezing, coughing fit! If we stay there long, we experience burning eyes and lungs, and scratchy, itching throats.

Take minute right now and go look at your labels. I’ll wait. How many list “parfume” “fragrance”  “perfume” “aroma” or some other innocuous sounding word? Manufacturers are permitted to add fragrance chemicals that we KNOW cause cancer reproductive and developmental toxicity, allergies and sensitivities, and other serious health problems. And they don’t have to disclose the use in order to “protect trade secrets.” But who is protecting people like me and my family? No one.

So we’ve learned to read labels before we buy. At first we were fooled by labels that said "unscented." But when those products caused damage too, we went to the googles and learned what those terms really mean.

Unscented means that synthetic fragrance has been added to mask an unwanted smell! If we wanted products free of synthetic fragrance materials or masking scents, we had to choose labels that say “Fragrance Free.” But, because we are now on to slick marketing tactics, we no longer trust mainstream American manufacturers. Many of their “clean” products are anything BUT clean.

You and I have no control over what others choose to do. Funerals and social gatherings where hugging  happens always comes with a huge risk. When cologne or perfume wearers hug us, their synthetics transfer to our clothes and hang around with detrimental results. If their clothes have been laundered and dried using the typical synthetic-laden products, that just adds to the synthetic fragrance overload.

Maybe you or someone in your family has unexplained skin issues, or sleep issues, or any number of other health issues. I challenge you to ditch the products with synthetic fragrance in them and note what happens.

At least, the next time you reach for that bottle of smell, please consider the more than 50% of your neighbors with respiratory issues. And know that there are safe, great smelling alternatives. 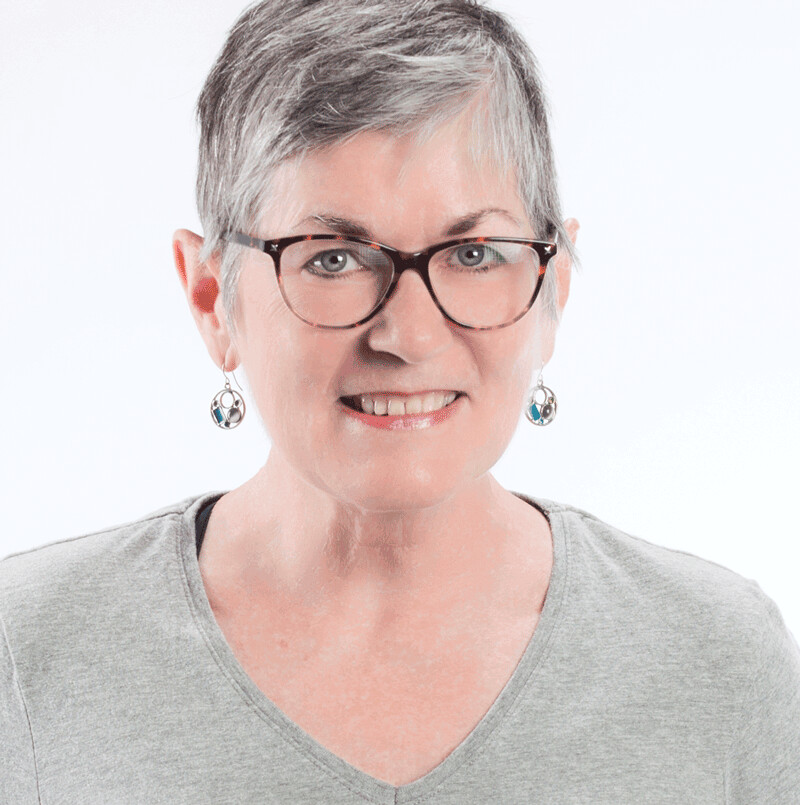 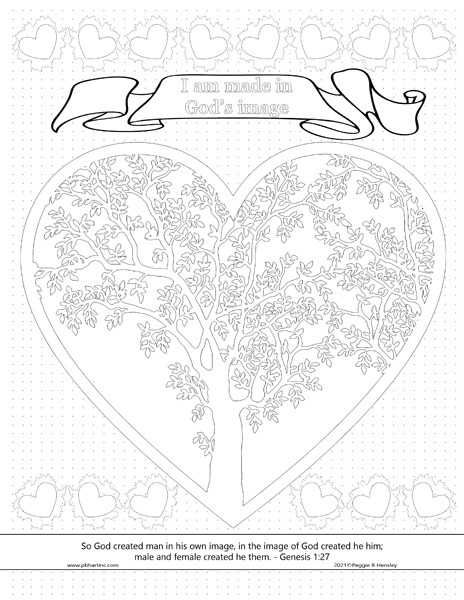 I was an artist that could no longer make art, my fingers just wouldn't cooperate. Knuckles on both hands looked like ripe, shiny cherry tomatoes. I lived with stiffness and pain. My husband suffered too all the damage almost 30 years as an underground coal miner had caused.

We were a MESS!! Thank God we found a solution that did not require medication or doctor visits.
Now I can paint, draw, teach art classes, and live a normal life, free of joint pain and stiffness. We made major changes in our  lifestyle:
Those are the biggies. Our new lifestyle has given us fabulous results. Join us. You can live a better life too!
Read More